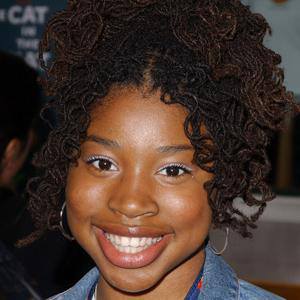 TV actress who many came to recognize for her appearances on the Disney Channel show The Suite Life of Zack & Cody.

She got her start early on, appearing as a regular on the Nickelodeon series All That.

She has also appeared as an extra in music videos, including Raven Symone's "Backflip" in 2007.

She was born in San Diego, California. She had a son in September 2016.

She was one of the most popular cast members on All That alongside actress Jamie Lynn Spears.

Giovonnie Samuels Is A Member Of

The Suite Life of Zack & Cody
Bring It On: All or Nothing
Freedom Writers
36 Year Olds