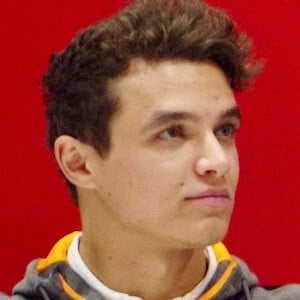 British race car driver who began competing in Formula One for McLaren in 2019. He was previously a member of the McLaren young driver program. He also became a founder of the Team Quadrant esports team.

He first began racing at the age of seven. After claiming pole position at his first national event he went on to win the World Karting Championship in 2013. In 2014, he competed in the Ginette Junior Championships which began his career in racing.

He has won several awards and championships for his racing including the 2017 award for Autosport National Driver of the Year and the 2016 McLaren Autosport BRDC Award.

Born in Bristol, his father Adam Norris is a retired pensions manager, one of Bristol's richest people and the 501st-richest in the country. His mother Cisca is from the Flanders region of Belgium. He has two younger sisters and an older brother. He has been romantically linked to Portuguese model Luisinha Oliveira.

He became teammates with Carlos Sainz Jr. on McLaren.

Lando Norris Is A Member Of