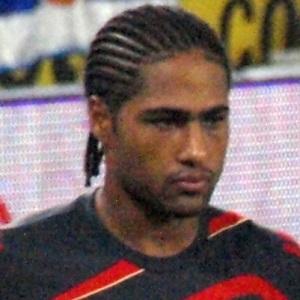 Right back who joined Liverpool FC in 2009 after previously playing for West Ham United, Portsmouth and Chelsea; became a member of the English national team in 2003.

He helped helped Chelsea win a Premier League title in 2005 and helped Liverpool win a League Cup in 2012.

He had a son and a daughter with his wife Laura Johnson.

He became teammates with the great Steven Gerrard on Liverpool in 2009.

Glen Johnson Is A Member Of