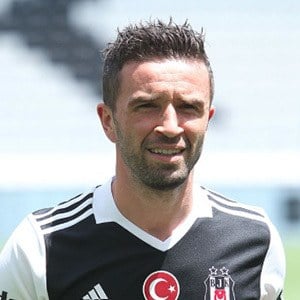 Defender who has risen to fame for his play in Turkey's Süper Lig, including for Fenerbahçe S.K. between 2007-2016. He helped lead the club to Super Lig victories in 2011 and 2014.

He began his soccer career as a goalkeeper. He later switched to defense while captain of the Bursayolspor youth squad.

He was a regularly contributing member of the Beşiktaş J.K. club that won the Super Lig in 2016. He represented Turkey at the UEFA Euro 2016 tournament.

He was born in Bafra before moving to Bursa, Turkey at age 6 with his family.

He and Tolga Zengin have played as teammates for the Turkish national team.

Gokhan Gonul Is A Member Of