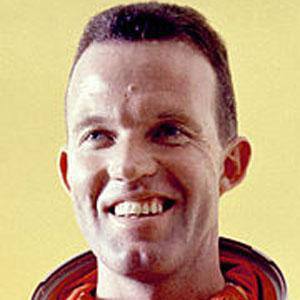 One of NASA's original seven Mercury astronauts, he spent 34 hours alone in a space capsule, demonstrating the possibility of reaching the moon.

He served in the Marine Corps and as a test pilot in the U.S. Air Force before joining Project Mercury.

He set an endurance record on an eight-day Gemini 5 mission, traveling more than 3.3 million miles over the course of the trip.

He grew up in Shawnee, Oklahoma, until his senior year of high school when his father was called up by the military and the family moved to Kentucky.

Gus Grissom was another one of the original Mercury Seven astronauts.

Gordon Cooper Jr. Is A Member Of