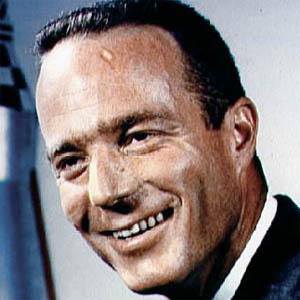 The second American to orbit the earth, he was a part of the Mercury-Atlas 7 mission.

He served in the U.S. Navy and fought in the Korean War.

He was one of the original seven astronauts selected for Project Mercury.

He married and divorced three times; he had seven children.

He is the second American to orbit the Earth, preceded by John Glenn.

Scott Carpenter Is A Member Of