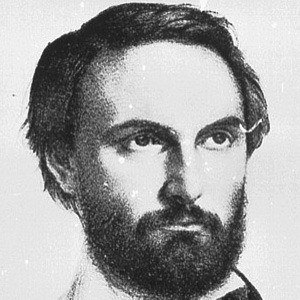 He studied and taught theology before becoming a writer and art historian.

He was sentenced to life in prison for his revolutionary activities, but he later escaped to England.

He wed musician and writer Johanna Mockel in 1843. The couple went on to have four children.

He was a member of the August Willich-Karl Schapper sub-group of The Communist League and, as such, opposed the ideas of Karl Marx.

Gottfried Kinkel Is A Member Of