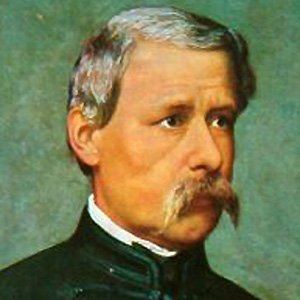 Nineteenth-century Hungarian writer who is best known for his Toldi Trilogy and for his numerous ballads. His most famous ballad poem, published in 1863, is entitled "The Bards of Wales."

He studied German and French at the Reformed College of Debrecen.

He wrote over forty ballads, many of which would later be translated into more than fifty languages.

He married Julianna Ercsey and had two children.

He translated William Shakespeare's Hamlet and A Midsummer Night's Dream into Hungarian.

Janos Arany Is A Member Of