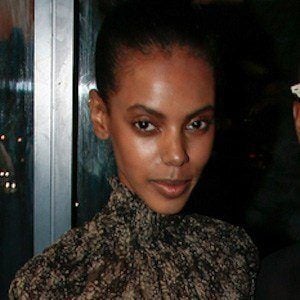 Print and runway model most well recognized as a face for the 2014 Victoria's Secret Fashion Show. She has walked the runway for brands like Topshop, Vera Wang, and Ralph Lauren and graced the pages of magazines like Elle, Glamour, and Vogue.

She began her modeling career in 2005 after she won the Elle Canada/Quebec Model Search, launching her professional career the following year.

She earned her breakout modeling job as an exclusive for Givenchy in 2012.

Her parents are native to Eritrea and she has two older brothers.

In 2009, she made an appearance in the music video for Trey Songz's single "Say Aah."

Grace Mahary Is A Member Of