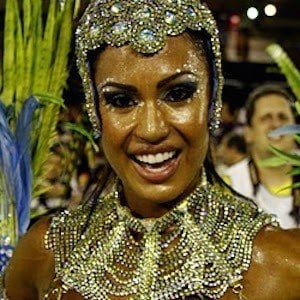 Fitness model and samba dancer, known for being a rainha de bateria for various samba schools at the Rio Carnival and the São Paulo Carnival. She also achieved internet fame in 2012 when videos of her squatting and working out gained admiration from fans and bodybuilders alike.

She moved to Rio de Janeiro when she was 16 years old to study law but hit financial difficulties and began dancing for the axé band Tchakabum. She left the band in 2008 and launched a modeling career and functioning as rainha de bateria at the carnivals.

Since her workout photos went viral in 2012, her follower count on Instagram has surpassed 8 million. Even professional bodybuilders are surprised at her squat weight, which is around 450 pounds.

She married pagode and samba singer Belo in May 2012.

Gracyanne Barbosa Is A Member Of