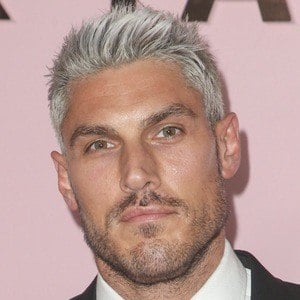 Stylist who was named the 2010 Young Talent of the Year on the London TV show Hairdresser of the Year. He is responsible for the hairstyle changes Katy Perry, Jennifer Lopez, and Ariana Grande made in 2017. He has over 2.5 million followers on his chrisappleton1 Instagram account.

He started doing hair at the age of five or six, then got his first job at a salon at 13.

He won Eastern Hairdresser of the Year and Most Wanted IT Boy in 2010.

His mom was the one who suggested he get into hair. He has a sister.

He has frequently worked with Kim Kardashian.

Chris Appleton Is A Member Of