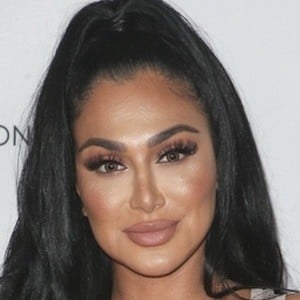 Social media phenomenon who created the blog Huda Beauty which became the #1 blog in the Middle East and a top 20 beauty blog worldwide. She posts her video content to her self-titled YouTube channel. She is a Hollywood trained makeup artist and beauty consultant.

She grew up obsessing over beauty and fashion. She first came up with her concept of the beauty blog while at the University of Michigan.

She has over 50 million Instagram followers, more than 4.1 million YouTube subscribers, and over 45,000 Twitter followers. She has also founded her own beauty company called Wishful Skin.

She was born in Oklahoma to Iraqi parents and raised in Tennessee. She and her Portuguese husband Christopher Goncalo relocated to Dubai. They have a daughter named Nour Giselle. She has sisters named Alya, Mona and Halida and a brother named Khalid.

Huda Kattan Is A Member Of