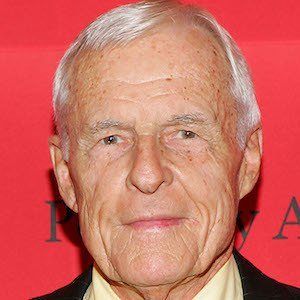 Longtime NBC chairman and CEO from 1981 until 1986. He co-founded MTM Enterprises with his former wife, actress and comedienne Mary Tyler Moore.

He worked in the radio department of NBC.

He was known as the man who saved NBC, thanks to greenlighting The Cosby Show, Family Ties, The Golden Girls, Cheers, and several other hit shows.

He was married to Moore for 19 years from 1962 until 1981. Their company spawned Rhoda, The Bob Newhart Show, WKRP in Cincinnati, and other TV classics.

He hired James L. Brooks and Allan Burns to create and produce his wife's eponymous sitcom.

Grant Tinker Is A Member Of