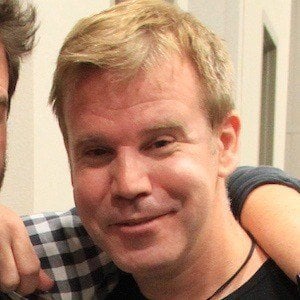 Known for his time as the head of animation for Rooster Teeth Productions. He has also garnered popularity for voicing various characters in Rooster Teeth series, including RWBY, Red vs. Blue, and X-Ray and Vav.

He earned his first credit as a voice artist providing English anime dubbing in 1995.

He worked as a visual effects artist on the 2011 drama-comedy film Jeff, Who Lives At Home. He provided the voice of Hal Jordan/The Green Lantern in the 2011 video game DC Universe Online.

He has worked frequently alongside Rooster Teeth co-founder Burnie Burns as head of animation for the company.

Gray Haddock Is A Member Of