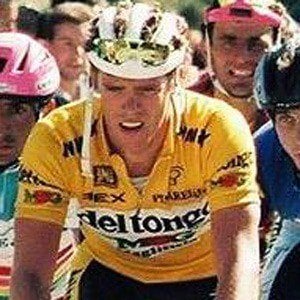 Became the first American bicyclist to win the Tour de France in 1986. He pioneered a number of techniques and modifications during his career including the implementation of aerodynamic triathlon handlebars.

The US boycott to the 1980 Olympics prevented him from competing in the Olympics.

He became the third cyclist to win the Tour de France 3 times, 2 of those wins coming after a serious hunting accident.

He had three kids, Geoffrey, Scott, and Simone, with his wife Kathy.

He and Lance Armstrong are two of the most well-known American cyclists.

Greg LeMond Is A Member Of