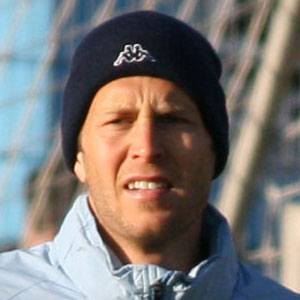 Former defender who made his senior career debut in 1993 for the Raleigh Flyers of the USL, and retired in 2011 to become a manager.

In 2011 he played his final season, for the Los Angeles Galaxy, and upon retirement became their assistant coach - two years later he took his first MLS head coaching job for the Columbus Crew.

He married Rosalind Berhalter in 1999, and has four children with her.

His final playing years came from 2009-2011 for the Los Angeles Galaxy, where he played alongside David Beckham.

Gregg Berhalter Is A Member Of