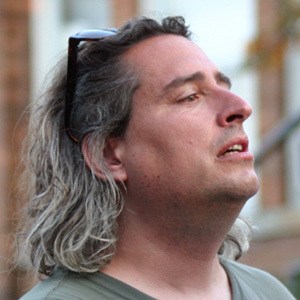 Photographer known for his tableaux of American homes and neighborhoods. He holds an MFA from Yale University and has been on the faculty there since 1993. He's represented by Gagosian Gallery worldwide and by White Cube Gallery in London.

As a teenager, he was part of a punk rock group called The Speedies and one of their songs "Let Me Take Your Photo" was used by Hewlett Packard used the song in advertisements to promote its digital cameras.

He's been awarded the Skowhagen Medal for Photography and The National Endowment for the Arts Visual Artists Fellowship in recognition of his work. He's also had featured showings in the Metropolitan Museum of Art, Whitney Museum of American Art, and the Brooklyn Museum.

He's shared a video of Chrissie Hynde singing at a friend's birthday party to his Instagram.

Gregory Crewdson Is A Member Of