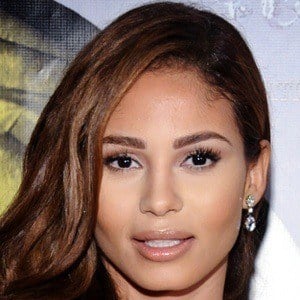 Brazilian-born actress most well known for her portrayal of Blanca in the CW's Jane the Virgin.

In 2012, she made her acting debut in an episode of New Girl.

In 2015, she made her film debut as a cocktail waitress in Wild Card.

Born in Brazil, she later lived in Los Angeles, California.

While on Jane the Virgin, she appeared alongside title actress Gina Rodriguez and Andrea Navedo.

Greice Santo Is A Member Of