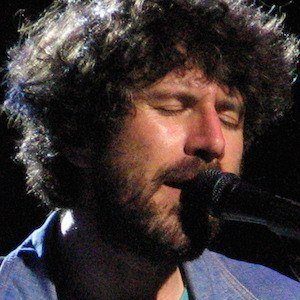 Welsh singer, drummer, and guitarist who has performed with several bands, including Ffa Coffi Pawb and Super Furry Animals. He released the album American Interior in 2014.

He played the drums for Machlud, a band from North Wales, when he was a teenager.

His first solo album, Yr Atal Genhedlaeth, was released in 2005.

His full name is Gruffydd Maredudd Bowen Rhys, and he is from Haverfordwest, Pembrokeshire, Wales. He has a brother and a sister.

Gruff Rhys Is A Member Of