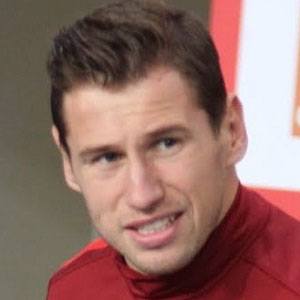 He attended a sports academy at the age of twelve and later joined the French club Stade de Reims in 2009.

He made his International debut in 2008.

He did not initially enjoy playing soccer as a child but joined at his brother's insistence.

He is a Polish soccer player like Robert Lewandowski.

Grzegorz Krychowiak Is A Member Of