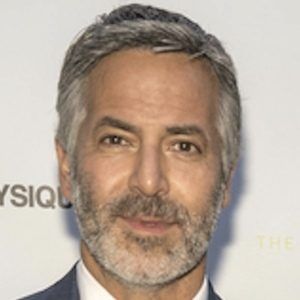 TV actor who appeared as Hector Mendoza in Land's End in 1995. He also appeared as Nico in Clave de sol in 1987. He has more than 70,000 followers on his gzsur Instagram account.

He received a degree in Argentinean National Conservatory of Dramatic Arts before heading to Los Angeles in 1992.

He opened the restaurant and lounge SUR in West Hollywood, which won the Creative Business Award from CCA.

He married Nathalie Pouille-Zapata. They have two daughters named Lou Mila and Miarose.

He and Mark Wahlberg are both actors that later opened up restaurants.

Guillermo Zapata Is A Member Of