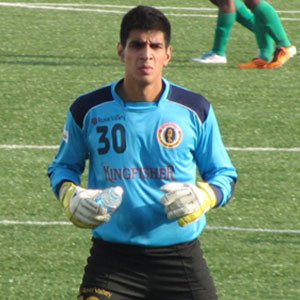 Goalkeeper who has gained fame for his top flight club career in India, including for the Indian Super League squad Bengaluru FC. He led the club to a first place finish in his debut 2017 season, and as runners-up in the year-end tournament.

He earned 27 caps as East Bengal's top goalkeeper between 2012-2014. He has also started at goalkeeper and served as captain for India's national team.

He was originally born and raised in Chamkaur Sahib, Punjab, India.

He and Sunil Chhetri have played as teammates for Bengaluru FC.

Gurpreet Singh Sandhu Is A Member Of