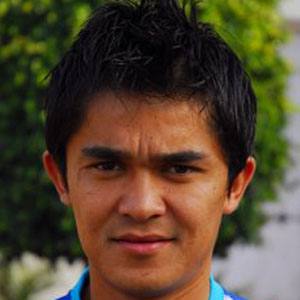 Forward who joined Bengaluru FC in 2013 after spending a season each with Sporting CP's B team and Mohun Bagan.

After finishing school, he played for his hometown New Delhi team, City Club.

He became a member of the Indian national team in 2005.

He was born in Secunderabad, Andhra Pradesh, India.

He and Josh Wolff both played for the Kansas City Wizards in the MLS.

Sunil Chhetri Is A Member Of