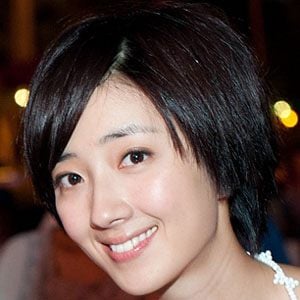 Named Best Leading Actress at the 49th Golden Horse Film Awards for her performance in the 2012 drama Girlfriend, Boyfriend.

She made her film debut in 2002's Blue Gate Crossing, which was nominated for Best Asian Film at the 23rd Hong Kong Film Awards in 2004.

She appeared in music videos for the artists Tanya Chua and Tanya Cai.

She acted opposite Jay Chou in his directorial debut, the acclaimed 2007 film Secret.

Gwei Lun-mei Is A Member Of