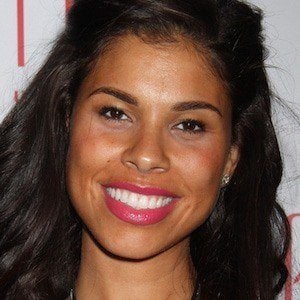 Reality star, model and actress most famous for being one of the subjects of the TBS reality series Meet the Smiths along with former NBA player Kenny Smith and the couple's five children. She starred on more than 100 episodes of the soap opera Ocean Ave. and later became a showcase girl on the game show The Price is Right.

She was born in the city of Bath in Somerset, England. She made her first on-screen appearance as a party girl in the 1999 film Any Given Sunday.

Her job as a showcase girl on The Prince is Right led to an appearance in the 2011 Adam Sandler comedy Jack and Jill.

Her father is British and her mother is Jamaican.

She and Megan Fox were two of the main cast members on Ocean Ave.

Gwendolyn Osborne-Smith Is A Member Of