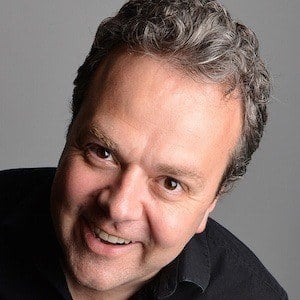 Stand-up comedian and actor, he is known for being on BBC 2's Mock The Week, BBC's Live At The Apollo, and his radio show Hal on Radio 4.

He began acting in television shows in 1983 but soon found his love for stand-up comedy. He was voted Best Newcomer in 2002 at the Edinburgh Comedy Awards and his career took off from there.

He has been very involved with Canada's Just For Laughs Comedy tours and galas and even performed alongside Joan Rivers at one of their galas in 2008.

He and his wife had two daughters, Grace and Martha.

Hal Cruttenden Is A Member Of