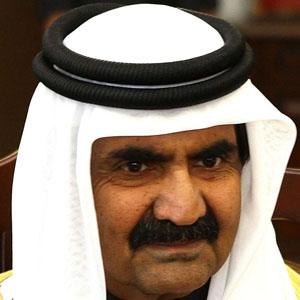 Member of the Qatari royal family who rose to power through a coup d'etat in 1995. He served as Emir of Quatar until 2013, at which point he handed rule over to his son, Tamim. During his reign, Quatar became the richest country in the world per capita.

He attended the British Royal Military Academy and gradually rose through the ranks until he was named Minister of Defense in 1977.

He has three wives: Mariam bint Muhammad, Mozah bint Nasser, and Noora bint Khalid. He has 24 children between them.

He offered Malcolm Glazer, owner of the soccer club Manchester United, £1.65 billion in a bid for the team in February 2011.

Hamad Bin khalifa al Thani Is A Member Of