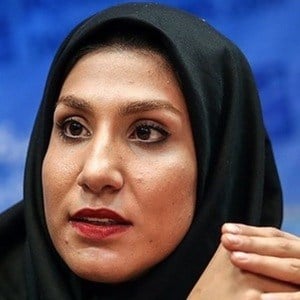 Karateka who became one of the most accomplished women's karate competitors in Iran's history. She won five gold medals at the Asian Karate Championships from 2012 to 2017.

She has competed for the Emirati club Al-Ahli Dubai and the Kuwaiti club Al-Yarmouk.

Her mother's name is Monsour.

She and Antonio Diaz are both champion karate practitioners.

Hamideh Abbasali Is A Member Of