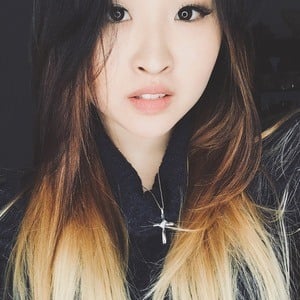 Korean-American singer who gained popularity posting covers of popular songs on her self-titled YouTube channel. She particularly gained attention posting covers of Disney songs like "Let it Go" and "Part of Your World." She mainly performs in English but has worked with producers in South Korea as well.

She began performing live when she was just five years old. She dedicated a lot of her time growing up to church, leading worship and singing on stage in front of hundreds. The first cover she ever posted was a song from the film Tangled tiled "I See The Light."

One of her most popular videos, a cover of "Do You Want to Build a Snowman" from the film Frozen, earned more than 4 million views after it was posted in December 2013.

She is from Seattle, Washington, and speaks both English and Korea fluently. She has three younger sisters.

In addition to her Disney covers, she has also done covers of songs by artists like Demi Lovato and Sia.

Hannah Cho Is A Member Of