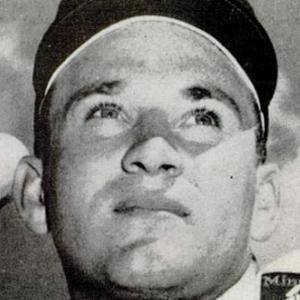 Nicknamed "Hammerin' Harmon," he was the 1969 American League MVP and a 13-time All-Star who hit 573 home runs over the course of his career. He spent all but one year of his 22 MLB seasons with the Minnesota Twins, including when the franchise was based in Washington as the Senators.

Growing up, he worked as a farmhand lifting ten-gallon milk jugs.

He led the American League in home runs 6 times and in RBIs 3 times.

Had five children with Elaine Roberts, whom he married in 1955.

During his great home run hitting seasons, he was often compared to the great Babe Ruth.

Harmon Killebrew Is A Member Of