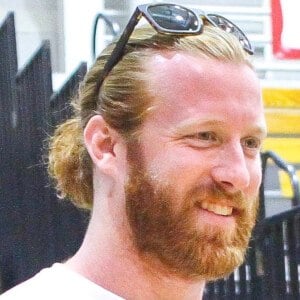 Tight end who was selected 25th overall in the 2018 NFL draft by the Baltimore Ravens. After his time with the Ravens, he went on to play for the Atlanta Falcons and Cincinnati Bengals.

He attended Bolles School in Jacksonville, Florida. He played both baseball and football. In 2015, he began his freshman year at South Carolina. In 2016, he played in all 13 games for the school. In 2018, he was drafted to the NFL.

Prior to his career in football, he was a professional baseball player for the Pittsburgh Pirates where he received a 400,000 dollar signing bonus in 2012. After playing for two seasons, he walked onto South Carolina's football team.

He was teammates with fellow tight end Maxx Williams on the Ravens.

Hayden Hurst Is A Member Of