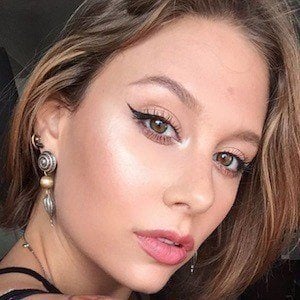 Professional makeup artist and YouTube personality known for her work with Rogue Artists. Her work has appeared in the likes of Men's Fitness Magazine, Gata Clothing, and Poshsquare.

She attended the Make Up First School of Makeup Artistry in Chicago and became licensed to do editorial, fashion, and media makeup.

Her YouTube channel, which focuses on realistic, wearable makeup styles, has more than 30,000 subscribers. She also has more than 60,000 followers on Instagram.

Her mother's name is Rena and she has two siblings, Joe and Melanie.

She's worked with a variety of celebrities, including actress Holland Roden.

Hayley Kassel Is A Member Of