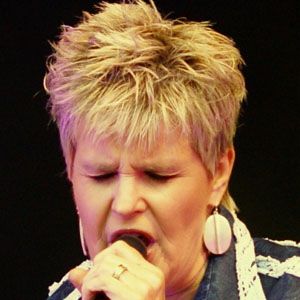 Singer of the dance club hits "Whatever I Do" and "Who's Leaving Who," with both tracks reaching #4 on the U.K. Singles charts.

She began performing in the 1970s in various dance and gay clubs and entered a ballad in the contest A Song for Europe.

Though her mainstream success peaked in the 1980s, she stayed active in the 1990s, releasing several singles and working with other musicians.

She was born Hazel Dean Poole in Great Baddow, Essex.

She recorded the track "Turn It Into Love" with Kylie Minogue, which was featured on Minogue's debut album.

Hazell Dean Is A Member Of