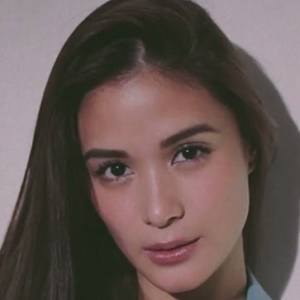 Chinese-Filipina singer and actress best known for playing Diana Calcetas on TV's Legacy. She is also a painter and has hosted art shows to showcase her work.

She signed with the Star Magic entertainment agency after being discovered in a local mall at age 16.

She won a FAMAS Best Actress Award for the 2008 indie film Ay, Ayeng.

She married Francis Escudero in 2015. She was born to Reynaldo and Cecilia Ongpauco and raised with five siblings.

She co-starred in the comedy Sosy Problems with Bianca King in 2012.

Heart Evangelista Is A Member Of