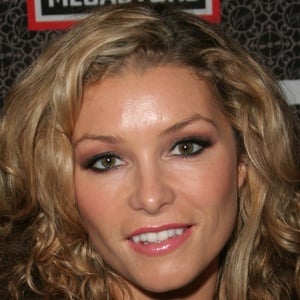 Adult actress and model who was deemed the Penthouse Pet of the Year in 2007. She appeared in the Cinemax After Dark TV show Life on Top from 2009 through 2011.

She enlisted in the United States army at the age of 17 and has a degree in education from Southern Illinois University.

She was on the Fox reality show On the Lot, playing a role in a short film entitled Army Guy.

She is of Dutch descent and grew up with her family in Northern California.

She acted alongside Drake Bell in the film College which was released in 2008.

Heather Vandeven Is A Member Of