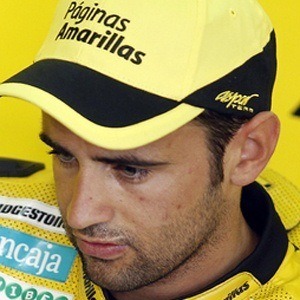 Motorcycle racer who won the Daytona 200 in 2002, making him the youngest AMA Superbike champion ever. He earned a promotion to the MotoGP world championship with the Repsol Honda factory team.

His parents raced dirt track, and he joined them starting at the age of three.

He turned pro on his sixteenth birthday and only a few years later he received the 99 AMA 600 Supersport crown.

He was born the middle sibling in a family of five children to his parents Earl and Rose.

He grew up in Owensboro, Kentucky, the same hometown as Johnny Depp.

Héctor Barbera Is A Member Of