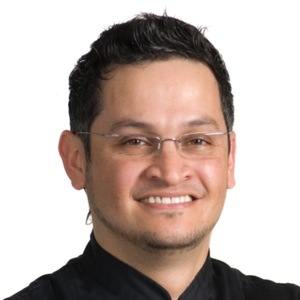 Chef who acted s a judge on Master Chef Ukraine and Ukraine's Got Talent. He founded the Bravo Restaurant Group Company and was once named The World Master Chef. He has over 1 million followers on his hectorjimenezbravo Instagram account.

He graduated from the Culinary Arts Program from the National Learning Service in Bogota.

He started working in 5-star restaurants throughout Colombia in 1992. He became Head Chef at the Hilton Boston Back Bay in Boston at the age of 27.

His mother was the one that encouraged him to cook.

He and Guillermo Vives are both chefs from Colombia.

Héctor Jiménez-Bravo Is A Member Of