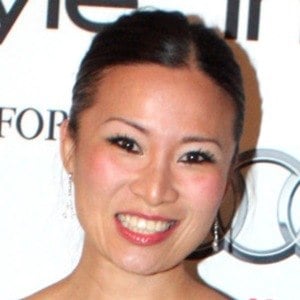 Chef, artist, and actress who is recognized for being the runner up on season one of MasterChef Australia. She is also known for hosting her own cooking series on ABC entitled Poh's Kitchen.

Her first recognition as a chef occurred when she starred on the ABC television program Beat the Chef in 2005. She then went on to appear in MasterChef Australia in 2009. The following year she received her own cooking show from ABC entitled Poh's Kitchen.

She is also an actress who is known for her roles in both film and television including the 2013 series It's a Date and the 2004 film Human Touch.

She was born in Kuala Lumpur, Malaysia but moved to Australia with her parents and brother at the age of 9.

She starred alongside Danielle Catanzariti and Keisha Castle-Hughes in the 2008 Australian film Hey Hey It's Esther Blueburger.

Poh Ling Yeow Is A Member Of