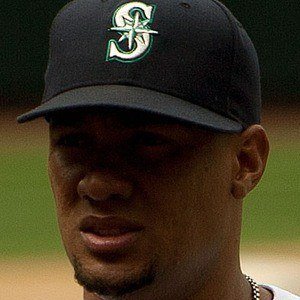 Pitcher who is known for his stints in international play and in the MLB. He has had stints with the MLB's Chicago White Sox, Seattle Mariners, and New York Yankees.

He was signed by the New York Yankees as an international free agent in 2004. He would go on to make his Major League debut in May 2011.

In 2016, he signed with the Kia Tigers of the Korean Baseball Organization (KBO). His contract for $1.7 million made him the then-second highest paid foreign player in the league.

He was born and raised in the Dominican Republic.

In 2011, he was traded to the Seattle Mariners from the New York Yankees in exchange for Michael Pineda.

Héctor Noesí Is A Member Of