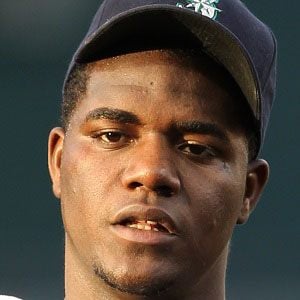 Major league pitcher who signed as a free agent by the Seattle Mariners in 2005; traded to the New York Yankees in January, 2012.

He began pitching professionally in a Dominican Summer League at age 16.

His fastball averaged 94.7 in his rookie year, which led the MLB among rookies and was the 4th fastest average among all players.

He was born in Yaguate, Dominican Republic.

He pitched as a replacement for Justin Verlander in the 2011 All-Star Game.

Michael Pineda Is A Member Of