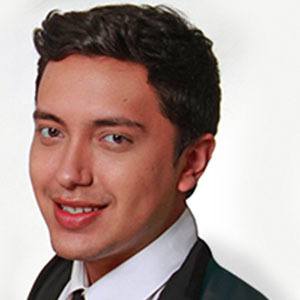 Venezuelan journalist and reporter who is best known for his work as Editor-in-Chief of the press outlet Publimetro Mexico. He specializes in entertainment journalism and pop culture and shares his written works through Instagram as well for his over 60,000 followers.

He attended the Rafael Belloso Chacin University where he majored in Media Science and Communication Science. He started his career as a producer for Zuvision TV before venturing into radio. After working as a Creative Director and Administrator for Media Karma, he eventually became the Editor-in-Chief of Publimetro Mexico in February of 2018.

He is known for being a member of the National Association of Journalists of Venezuela.

He was born and raised in Zulia, Venezuela.

He is known for having covered the fashion news from the 2019 Academy Awards red carpet and shared photos of the stars Adriana Lima, Rosie Huntington-Whiteley, and Alessandra Ambrosio in their fashionable dresses to his Instagram in February of 2019.

Héctor Palmar Is A Member Of