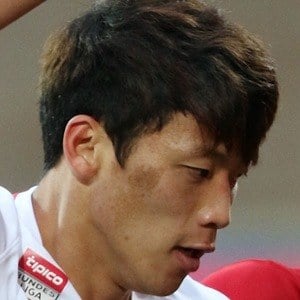 South Korean soccer player who has gained fame as a striker for the Austrian team the Red Bull Salzburg, he also plays for the South Korea national team.

He played his youth career for the Pohang Steelers.

He scored a hat trick against North Korea in the 2012 AFC U-16 Championship.

He was born and raised in Chuncheon, South Korea.

He has played alongside Son Heung-min, Ki Sung-Yueng, and Koo Ja-cheol on the South Korean national team.

Hee-chan Hwang Is A Member Of