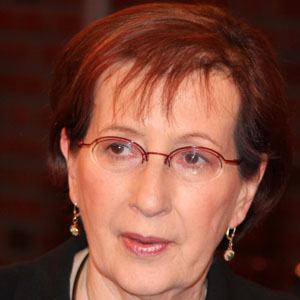 After serving in the German Bundestag during the 1970s and 1980s, this Social Democratic Party politician took office in the early 1990s as the first female President of Germany's northern Schleswig-Holstein state.

She began her political career after studying economics at Kiel University and Erlangen-Nürnberg University.

From 2005 until 2008, she headed the German chapter of the United Nations Children's Fund (UNICEF).

Like Simonis, West German President Gustav Heinemann was a member of the Social Democratic Party.

Heide Simonis Is A Member Of