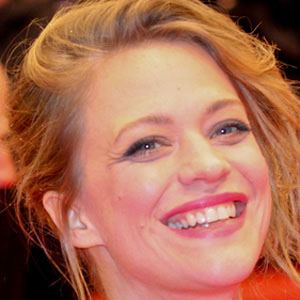 German actress who received a Bavarian Film Award for her performance in a 1996 comedy entitled Mannerpension. She is perhaps best known for her role as Mia in the popular 2003 British film Love Actually.

She briefly attended the University of Dusseldorf.

She played the role of Dr. Lisa Addison in Resident Evil, a popular 2002 science-fiction film.

She had a nearly decade-long relationship with actor Daniel Craig.

Heike Makatsch Is A Member Of