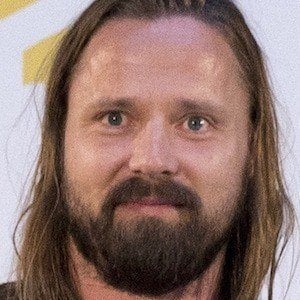 Music producer and songwriter who became famous in the 1990s after writing the songs "As Long As You Love Me," "Baby One More Time," and "I Want it that Way." He was named Non-Classical Producer of the Year at the 2015 Grammy's.

He began his music career as a member of the Swedish metal band It's Alive.

He became the first songwriter to win the ASCAP's Songwriter of the Year Award 10 times.

He was born in Stockholm, Sweden. He has a daughter named Doris with his wife Jenny.

He and his production company, Maratone, produced Katy Perry's hit single "I Kissed a Girl".

Max Martin Is A Member Of