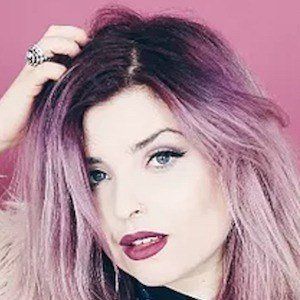 Style, hair, beauty, and fashion YouTuber as well as blogger who performs in a band called Box of Light. She has over 550,000 subscribers on her self-titled YouTube channel, and she also runs a second channel called ANDERZ VLOGS.

She studied film and moving images in school before becoming a blogger.

She was honored with a Company Styles Award for Best Fashion Blog in 2014.

She was born in Suffolk, England and has two older sisters, Hayley and Kerry. She began dating Matthew Taylor in early 2014. They got married in 2017, but they split up a few months later.

She featured Hazel Hayes in the video "Reading my Guru Gossip with Hazel Hayes" in July 2015. Her video "Katy Perry Royal Revolution Perfume Unboxing" has hundreds of thousands of views.

Helen Anderson Is A Member Of