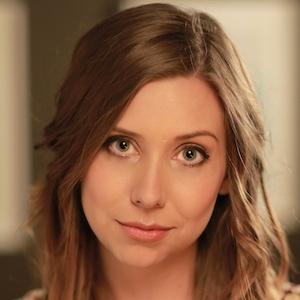 Irish video blogger, actress, and filmmaker who has earned over 240,000 subscribers to her self-titled YouTube channel, which was formerly known as ChewingSand. She is best known for series such as Unnecessary Otter and PrankMe and her short film Super Brainy Zombies.

She was born and raised in Dublin and moved to London, England in 2012. She was encouraged by her friends in the British YouTube community to create her own channel. She has an undergraduate degree in journalism.

She has gained recognition for being one of very few female writers/directors on YouTube. She is also a devout Trekkie. She has also interviewed the likes of Amy Schumer, Channing Tatum, Jada Pinkett Smith, and Matt Bomer.

She has an older sister and two older brothers. Her mother, Helen, is regularly featured in her videos. Her parents divorced when she was young.

Hazel Hayes Is A Member Of