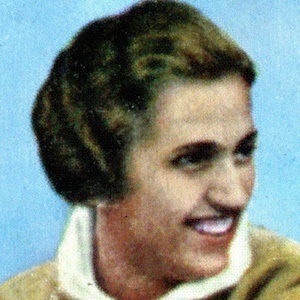 Two-time Olympic gold medalist in the 100 meter and 4x100 meter relay in the same 1936 Berlin Olympic games. She was known as the Fulton Flash.

She began training from a young age in order to prepare for the 1936 Olympics being that she was only about 18 years-old at that point.

She was also a national champion in shot put and discus throwing.

She was born in Fulton, Missouri and died in St. Louis, Missouri.

She shook hands with Adolf Hitler following an Olympic race.

Helen Stephens Is A Member Of