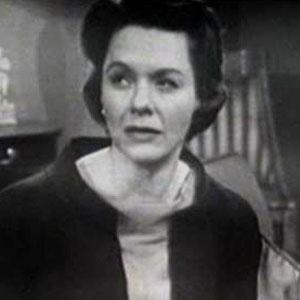 Actress who began playing Nancy Hughes on the the soap opera As the World Turns in 1956 and kept it until 2010, setting a Guinness record.

She played roles in Oklahoma! and The Bad Seed on Broadway, sometimes supplementing her income as a church choir singer before singing a 13-week contract for As the World Turns.

She began her run on As the World Turns when it was one of only two to run for a half an hour - up from the previous standard of 15 minutes.

She was married to Robert Willey, an actor an producer.

She was broadcasting the show live when news of John F. Kennedy's assassination was broadcast. She continued the scene unaware and was informed of the development during a commercial break.

Helen Wagner Is A Member Of