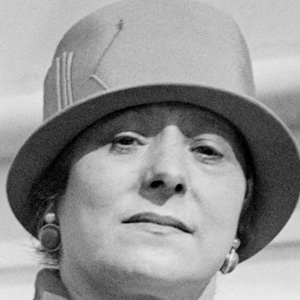 She was one of eight daughters born to a Krakow shopkeeper, and she studied medicine for a time in Switzerland before moving to Australia and later, the United States.

She commissioned the renowned artist Salvador Dali to paint a portrait of her and to design a makeup compact for her company.

She was married twice: first to journalist Edward William Titus, with whom she had two children, and following her divorce, to Prince Artchil Gourielli-Tchkonia of Georgia.

Her rivalry with fellow cosmetics entrepreneur Elizabeth Arden began in 1915, when Rubinstein opened a cosmetics boutique in New York City.

Helena Rubinstein Is A Member Of